Last month, to celebrate 14 Juillet,  Pauline Brown invited Veronique Gabai to A.I.Lab´s most recent Tastemaker Conversation. The French aesthetic genius unveiled the way she uses her unique sense of taste and her French sensibility to arouse emotions and imagination. 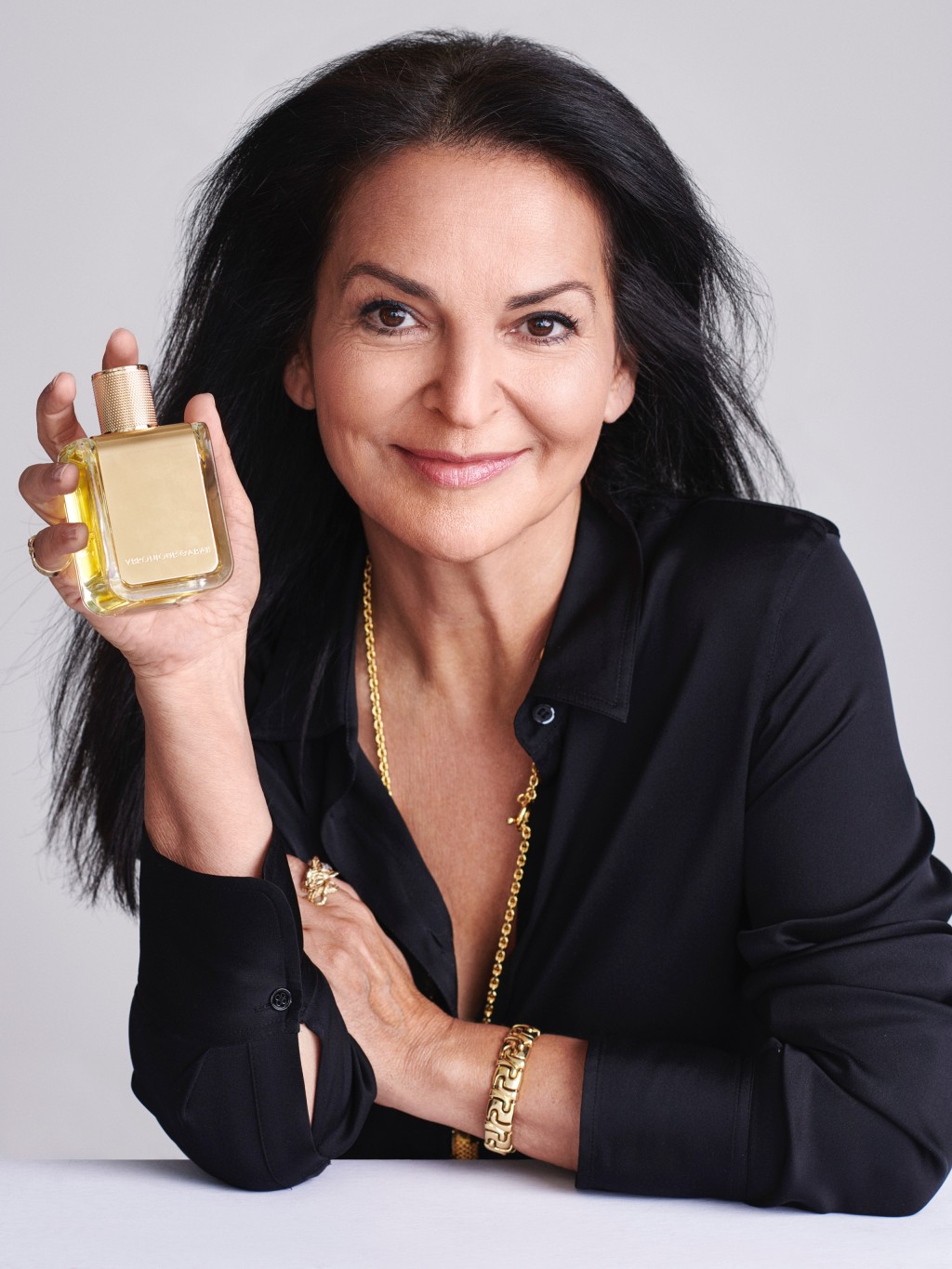 Veronique Gabai is a brand-builder bridging creative thinking and business acumen. After many years leading beauty and fashion companies, including Vera Wang and Estee Lauder Companies as the global president (where she oversaw launches of cult scents such as DKNY’s Be Delicious or Guerlain´s iconic Aqua Allegoria) she launched her eponymous luxury fragrance-led jewelry, beauty and body brand Veronique Gabai in 2019.

Veronique is Mediterranean by heart, by birth, by origins. French of course, with a passionate attachment to the culture, the refinement, the sense of aesthetics and the pure beauty of France. She was born in the Cote d’Azur, in Antibes and her brand is rooted in values born in the Mediterranean.

The conversation revolved around the French Lifestyle (“l’Art de Vivre à la Française”) : that special way of engaging the senses that makes of every experience a delightful encounter. The two luxury leaders also explored Veronique´s experience in the beauty industry, specifically the fragrance industry. Below, the key insights:

WHAT MAKES THE FRENCH SO CHIC?

Pauline and Veronique started by exploring the history of style, fashion and luxury in France. From Louis XIV to the austere restrictions of post-revolution France to the return of lavish fashion as art nouveau swept across Europe.

Louis XVI and his minister Colbert focused on luxury as R&D, establishing France as the world’s leading capital on style. Colbert said:  “Fashion will be for France what the gold mines of Peru are for Spain”. This idea became the central pillar of government policy. Fashion became a source of wealth and a “soft power”.

Subsequent fashion icons such as Queen Marie Antoinette, known for her extravagant taste, led many to associate Paris with sensual pleasure.  Women living in Paris started to adopt a common fashion taste. The bases of Parisian femininity were set.

During the Revolution, fashion, art and even the most ordinary objects played an important symbolic function.  Society relied upon them to express their political convictions. Although informality and simplicity became the norm, the Incroyables and the Marveilleuses emerged as a subculture. Their musky perfume and outlandish and opulent clothing stood in rebellion against the rebuke of austerity.

With the development of haute couture in the 19th century, France re-established itself as an authority in fashion and taste. Coco Chanel´s neo-classic innovations stood out in the 20th century. The fashion house shunned uncomfortable garments such as the corset and introduced free-flowing designs and a more liberal style.

In fact, freedom is one of the key-characteristics of the glorified French women, in specific of la Parisienne and her mysterious allure.  More than an identity, the Parisian woman is a concept, a lifestyle.  “The French have this ability of making style effortless and elegance informal, delivering beauty in a light way, without overdoing it” emphasizes Veronique. The Parisian woman, personified by style icons such as Jane Birkin, Ines de la Fressange or Caroline de Maigret, is characterized by being “modest and amorous, and insolent, and supreme masters of elegance” – so said French author Banville in the 19th century about these “modern muses”. So remains today in Western cultural consciousness.

THE FRENCH ALLURE IN A BOTTLE

Veronique Gabai´s source of inspiration is her French culture. Through her brand, she brings the South of France to the world.

In the development of her brand´s scents and aesthetics, she was influenced by her French culture, specifically by her upbringing in the South of France: “I transmit what the South of France taught me. That special way of living the moment. A balance between nature, culture and glamour. It’s about expressing the luminosity and sensuality of the French mediterranean way”.

But Veronique doesn´t want to impose anything on anyone. For her, the beauty of scent is about being able to create your own signature. “It’s about managing to create something so personal that when you leave a room, you remain there”. To enable the customer to create their own scents, she works with natural components, which react differently with each person’s skin. “It is customization by design”.

A WALK THROUGH MEMORY LANE

As Veronique explained, the sense of smell is directly related to memory.  Unlike all other senses, which go through the cortex (the rational brain), fragrance goes straight through the reptilian brain (responsible for emotion, survival instincts and memory).  This is why smell has the ability to help us recall specific memories, making us feel certain emotions.  The collective emotional memory you develop by growing up in a certain country also informs who you are and what scents you prefer. If you  had been raised, for instance, in Latin America, you would have probably developed a preference for sweet scents. This is due to the sweet fruits you would have access to, the warmth of the sun….

Veronique spent over 20 years as a corporate executive helping celebrities express themselves through fragrance. “My approach has always been to spend a lot of time talking to them. I went beyond their stylistic approach and reached the source of all their inspirations. I explore their psychics and their value system,  which is the root of anything they do.  I succeeded because I managed to translate that core into another form of expression”.

About our Tastemaker Conversations

This is a summary of one of our Tastemaker Conversation, a series of live events within the A.I. Labs foundation course where Pauline Brown interviews the most prominent aesthetic geniuses on the way they apply their own A.I. to their life and business. Click here to enroll in the course.